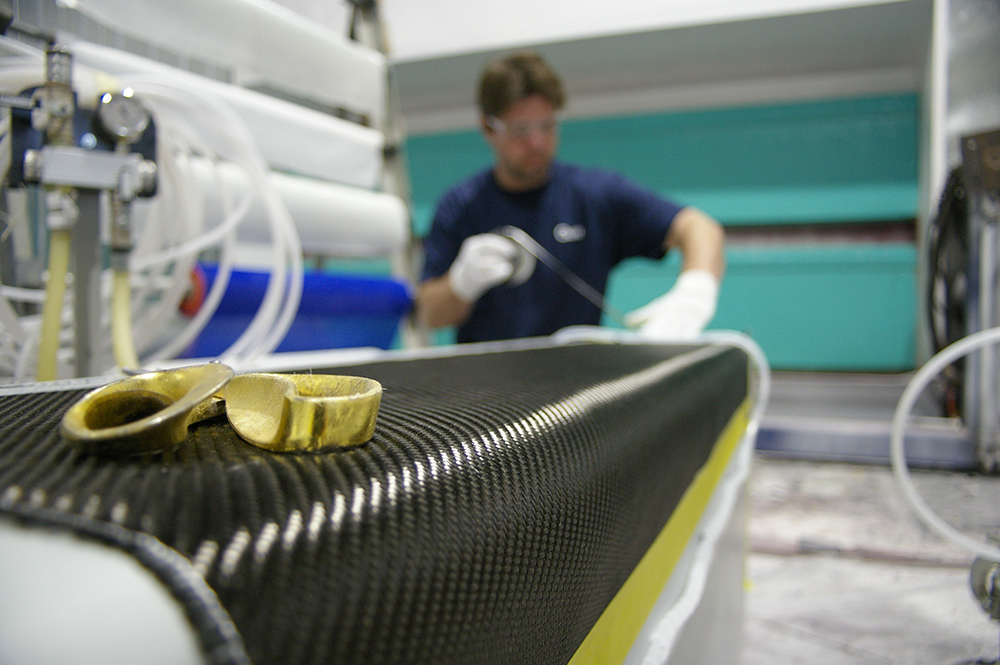 Roger Veitch has spent the past six years painstakingly creating the Veitch 27. It’s not just a whole new shape, the Veitch is crafted with a technique called vacuum bagging — or resin infusion — a process perfected by Yanks, the most prolific boat builders in the world.

Roger describes the build process: “The mould is sprayed with gelcoat then laid with a single skin of chop delivered by chopper gun. Then we lay the multi-axial fibres. It’s more of an engineered laminate rather than chop on chop. Then the core material goes in, a vacuum bag, and it’s sucked down to atmospheric pressure. It could take a couple of days to lay the vacuum bag to ensure it’s airtight.”

After that the vinylester resin is infused. Done correctly, Roger says there’s no air — and no chance of delamination. “The process ensures the exact resin content, which is much lower than hand-laying. We use an exact amount of fibre, glass and core material and it’s perfectly repeatable. We end up with a laminate that’s exactly 30 per cent resin. It’s a more scientific way of doing it (than hand-laid or chopper-gunned) and the dividend is that it’s super strong and light.”

In real terms, the lightweight construction lets Roger create a large, but relatively light boat, bolt 500HP out the back and stuff it with five blokes and game fishing gear in. And it feels more like a 17-footer than a 27-footer. If it gets a bit gnarly offshore, pump it full of weight — 450L of keel weight, 500L of fuel and just send it.

American boat building is really something that inspires me. Those guys have pushed and perfected boat construction. They’re just miles ahead of what’s happening over here.